Notice a difference in the facial expresssion? 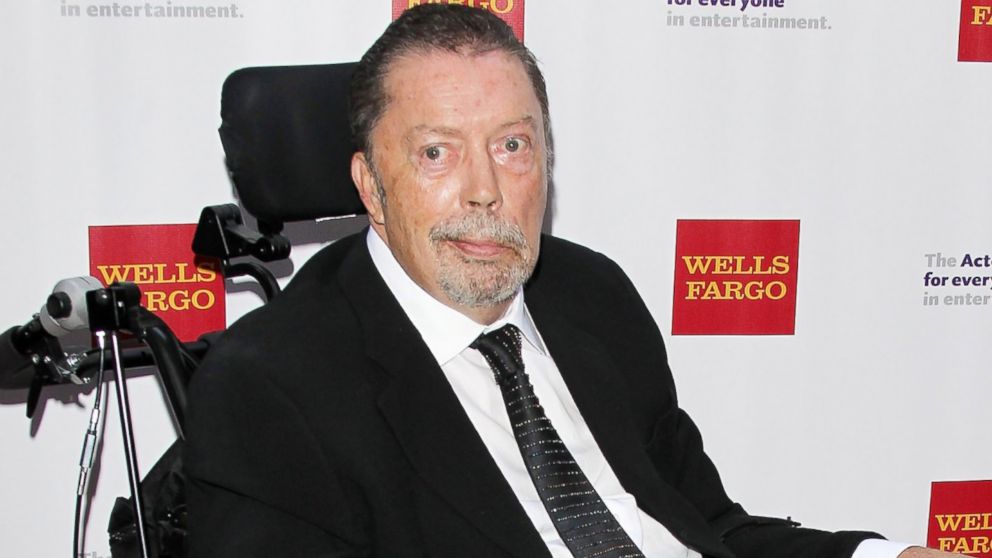 Nearly three years after suffering a stroke that left him wheelchair-bound, actor Tim Curry made a rare appearance on the red carpet Sunday at the 19th annual Actors Fund Tony Awards Viewing Party in Los Angeles.

“I’m doing well and I’m looking forward to it,” the 69-year-old actor told Los Angeles magazine prior to the party. “I’ve done a few benefits for the Actors Fund and I think it’s a marvelous organization. I hope not to have to use it.”

The Actors Fund is a social services organization that supports professional entertainers.

While recovering from his stroke, Curry has relied on his sense of humor, which he called “absolutely vital.”

“It’s not tough to maintain,” he told the magazine. “It is just part of my DNA.”

Curry’s storied career on Broadway includes roles in “Spamalot,” “My Favorite Year” and “Travesties,” as well as his iconic turn on stage and screen as Frank ‘n’ Furter in “The Rocky Horror Picture Show.”

The star said he looks back on the role “with a sort of bemused tolerance.”

“It’s neither a blessing nor a curse. I was lucky to get it,” he told the magazine.

He’s also grateful to be recognized for his lifetime of work.

“It means that it just sort of solidifies the kind of work the American acting community has given me for years now,” he said. “I was thrilled when they told me and I am thrilled now.”